Bitcoin entered the world by storm in 2009 as a new digital currency. At first, it was largely overlooked and seen as a ploy that would never take off. As of October 2021, a single bitcoin is worth ￡45,217.15. Though prices are known to fluctuate, Bitcoin continues to perform as the most profitable and popular cryptocurrency to date. In less than 20 years, Bitcoin overtook the financial industry as a high-value currency with limited regulations and taxation. As bitcoin's popularity took off, other companies began to jump in on the craze, creating the crypto market we are familiar with today. What once existed as a simple digital icon is now used to buy houses, cars, pay off debts, and even gamble. But how did we get here? For an object to hold value, its value needs to be agreed upon by a large group of people. This was how the original trade and barter system worked, delegating a value of an object agreed upon by two or more individuals. In simple terms, Bitcoin rose to popularity in much the same way. It grew to represent physical cash without a physical form due to popularity, scarcity, and acceptance by many people. The industry continues to grow and create new forms of digital currencies and objects of value like NFTs. But are these digital currencies good for the financial market, and how do they impact other currency forms? Read on to learn more about how Bitcoin changed the financial industry.

The History of Bitcoin

Bitcoin was created in 2008 by a person or group of persons under the name Satoshi Nakamoto. It existed as a currency without a central bank, bought, sold and sent on a peer to peer basis. It’s a decentralized currency, which means you don't have a third party to report to when exchanging the currency. This is a blessing to some and a curse to others. 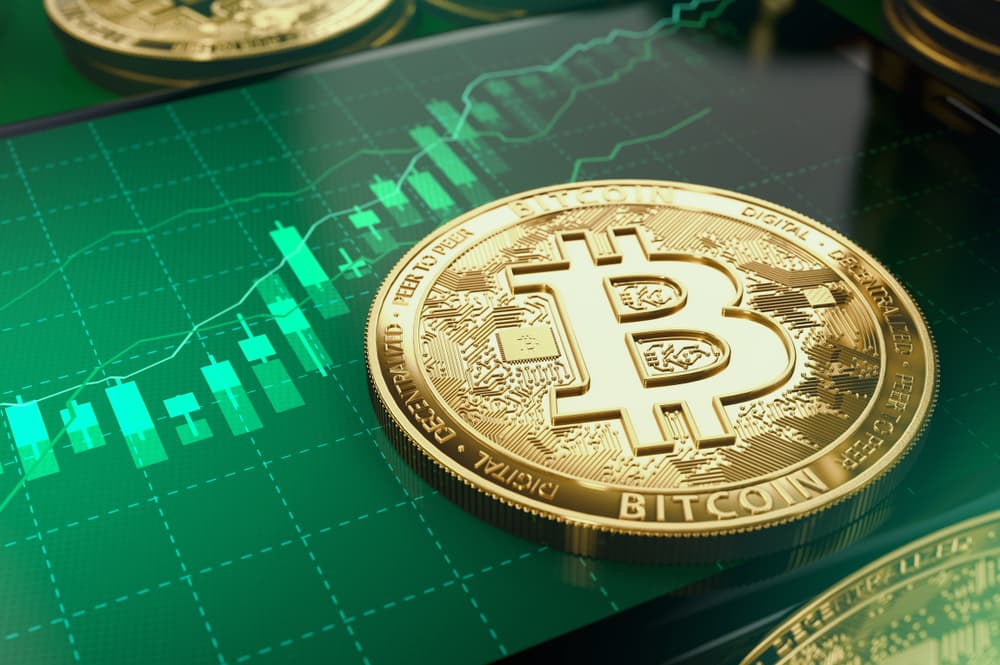 Though Satoshi Nakamoto remains an unknown entity, their idea reinvented how the world looks at currency. Today, Bitcoin and other cryptocurrencies are used everywhere, from stores to the best bitcoin sportsbook sites. Legality, taxation, compatibility and value, however, depends on your area. Without a centralized entity overseeing the currency, users could trade large quantities of bitcoin with limited regulations through a blockchain. In the beginning, bitcoin could only be earned through a process known as digital mining. Digital mining is the act of a computer solving complex cryptographic problems, which is rewarded with bitcoin upon completion. In simple terms, once a computer solved a puzzle, it earned the user a bitcoin. However, the time it took to solve the puzzle and how much bitcoin was awarded upon completion, varied. The first official Bitcoin transaction was made in 2010 when an individual used Bitcoin to buy a pizza worth $25.00 (USD). From then on, what started as an arbitrary bartering token gained real-world value by introducing an improved blockchain and new forms of cryptocurrency. In 2017, it reached a peak value that expanded its popularity and integrated itself as a valid form of accepted currency in a mature market.

Bitcoin Legality in the UK

Bitcoin grew from a rogue currency to a valid form of digital money. However, legalizations and how businesses approach bitcoin have radically changed over the years. Cryptocurrencies were originally criticized for the large quantities of unregulated and illegal money that could pass through undetected by banks. Recent years have seen the financial landscape take Bitcoin and other cryptocurrencies more seriously, implementing new regulations and laws on how and where it can be used. As of 2020, the UK views cryptocurrencies as assets instead of money, with no specific laws attached. However, it’s not seen as a legal tender, meaning you can't use cryptocurrency to buy groceries at the store. In 2021, when crypto has a presence on a product or is used to provide services to a client, it must be registered with the FCA. This protects users from market volatility and the dangers of trading services for an asset of fluctuating value. So while holding the coin is legal, the use of it will require documentation. Though it’s not a legal tender in the UK, residents can still exchange bitcoin’s value for cash, product, or service from a vendor who accepts it. The future legality of bitcoin in the UK is unknown, especially as the UK moves away from the EU’s crypto landscape. We can anticipate stronger regulations, re-definition of the currency, and possible regulation of stablecoins.

Crypto is complicated. Its impact on the world and the financial industry have varied from an economic boom to a hard crash. It caused chaos due to its ambiguity and arbitrary value, forcing companies to make quick decisions on how they want to treat a crowd created and controlled currency. What will happen next with Bitcoin? Its value and eligibility in the worldwide market is still a mystery. Keep a close eye on your Bitcoin to follow how it grows- or how it falls in the financial industry.

What is the most common use for cryptocurrencies?

The use of cryptocurrencies depends on the availability of a shop or client. Generally, crypto is used at online casinos and some online shops for purchasing and deposits. Crypto can also be bought and sold, and converted into cash through a broker.

What are the most popular cryptocurrencies besides Bitcoin?

Bitcoin was the first crypto created and is considered the most popular and profitable crypto to date. Though prices fluctuate, other powerful currencies include Ethereum and Binance. Dogecoin is a popular meme currency, but its value is known to fluctuate significantly. Keep an eye on the markets for new cryptocurrencies, their value, and their popularity to stay on top of trends and profit with cryptocurrencies.

Where are crypto currencies stored and held?

Crypto is held in an E-wallet instead of a standard bank account. Many popular E-wallets accept crypto, like Paypal, but eligibility depends on the crypto purchased and its eligibility. The value of a crypto coin can only be transferred into a bank when exchanged for its equivalent cash value.

Support us by purchasing products through our store